A Pilar of One's Own

A PILAR OF ONE’S OWN 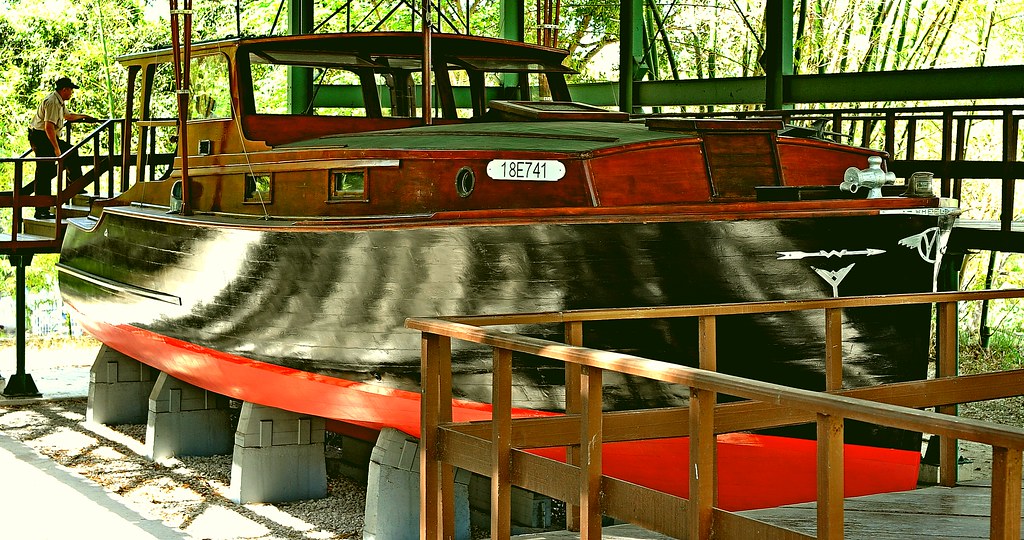 Aboard a harbor cruiser at the 17th Biennial International Ernest Hemingway Conference, Susan Beegel was presented with a scale model of Hemingway’s beloved fishing boat, the Pilar, in recognition of her excellent tenure as editor of The Hemingway Review.  Now, regardless of your academic or literary credentials, you can have a Pilar of your own: a 1:1 reproduction, modernized, seaworthy, and ready to go.  Start wheedling your publisher about a loan.

The Wheeler Shipyard Corporation, builder of the Playmate line from which Hemingway customized his own boat, closed in 1965.  But it’s been reconstituted as the Wheeler Yacht Company, by Wes Wheeler, grandson of Wheeler Shipyard’s founder, for the express purpose of manufacturing a modern version of the Pilar – the Wheeler 38.

The Wheeler 38 is impressive as a marine craft and as a classic nautical work of art.  Wheeler Yacht’s website has great pictures and information, but the best overall coverage is in WoodenBoat magazine.  This article, accessible through the Wheeler website, expertly reviews the Legend, the boat Wes Wheeler had built for himself and that serves as the prototype for the new Wheeler 38.  This article, also accessible through the Wheeler website and written by Hilary Hemingway, with a sidebar by Wes Wheeler, gives the Hollywood backstory to Wheeler’s impulse to build a contemporary iteration of Hemingway’s boat — first for himself, and now for you.

But wait!  The literary pedigree of your new pride and joy won’t stop with Hemingway.  The Wheeler 38’s hull design is indeed the original, as modified by Hemingway, reverse-engineered into our time by the naval architect Bruce Marek.  And plans by the yacht designer Bill Prince marry the Pilar’s original measurements to elite contemporary design.  But the build — the hull itself, everything below and above decks, fore to aft, mechanical systems to fine finishes — is by the Brooklin Boat Yard, in Downeast Maine.  The Brooklin Boat Yard is an internationally recognized boat designer and builder, founded in 1960 by the late Joel White, one of the United States’ most accomplished and creative naval architects.  Joel White was the son of the writer and eventual grammar and style nag E.B. White and the writer and longtime New Yorker fiction editor Katherine Angell White.  The House at Allen Cove, the saltwater farm that the Whites owned and that provided the setting for E.B.’s children’s novel Charlotte’s Web, is just up the road.  You’ll pass it on the left as you head south to the harbor on Route 175.  An avid waterman, E.B. sailed the waters around Brooklin and beyond, including in a craft designed and built for him by his son.  Across the River and Through the Trees meets “Across the Street and Into the Grill?”  Something to reassess over drinks on the stern of your Wheeler 38.

If you’d like to see your object of desire in person, the Wheeler website lists showings in Newport, Rhode Island, and Norwalk, Connecticut, in September and in Fort Lauderdale, Florida, in October.  Each Wheeler 38 is a bespoke vessel, hand built per order — beautifully crafted, expertly outfitted, extremely well appointed.  So forewarned is forearmed:  In today’s fully vaccinated, nearly-new-normal dollars, Hemingway paid $150 thousand and change for the Pilar.  Estimates for your boat run from $1.2 million to $1.4 million.  But you’re well worth it.  Just ask your publisher.

(Local note:  The saltwater farm goes up for sale from time to time.  Maybe you can strike a really good deal with your publisher and get a two-fer.  Just sayin’.)