On Saturday, 27 October, at the Santa Fe College Spring Arts House in Gainesville, Florida, founding members of the Florida Hemingway Society held the inaugural meeting.  This organization is devoted to advancing the appreciation of Ernest Hemingway's life and work in Florida and the Gulf Stream and to explore modern-day intersections with the celebrated writer across the Humanities. Stone Meredith and Rebecca Johnston, who initiated the creation of this society, presided over the opening sessions and hosted the one-hour virtual conference. Allen Josephs, a former president of the International Hemingway Foundation and Society, spoke about how the society can further the understanding of Hemingway and his life in and around Florida, Cuba, and the Gulf Stream and agreed to serve as the founding President.

In the tradition of the host location, the Spring Arts House, an organization that will welcome it's 50th annual arts festival in April of 2019, the Florida Hemingway Society also hosted a contest for the best student musicians and artists from the Sante Fe College area—winning students were on-hand to explicate their music and artwork at the event. Erin Shields received the award for music, and she played two violin solos for the gathering during the day. Khary Khalfani won the first-place art award and Greg Charleston received a second, while Erin Shields won third. All three of their artwork were on display during the day.

The Florida Hemingway Society is the second state organization devoted to studying Ernest Hemingway. Since 1990, the Michigan Hemingway Society has worked to chart and celebrate Michigan's influence on Hemingway's work, and former Michigan Society President Charlotte Ponder joined the Gainesville meeting with her husband, Cecil Ponder, to help guide the Florida group to a solid foundation.  The Ponders are also well known for their work and contributions to the international Hemingway Society and Foundation. 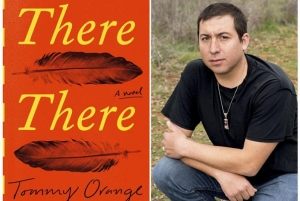