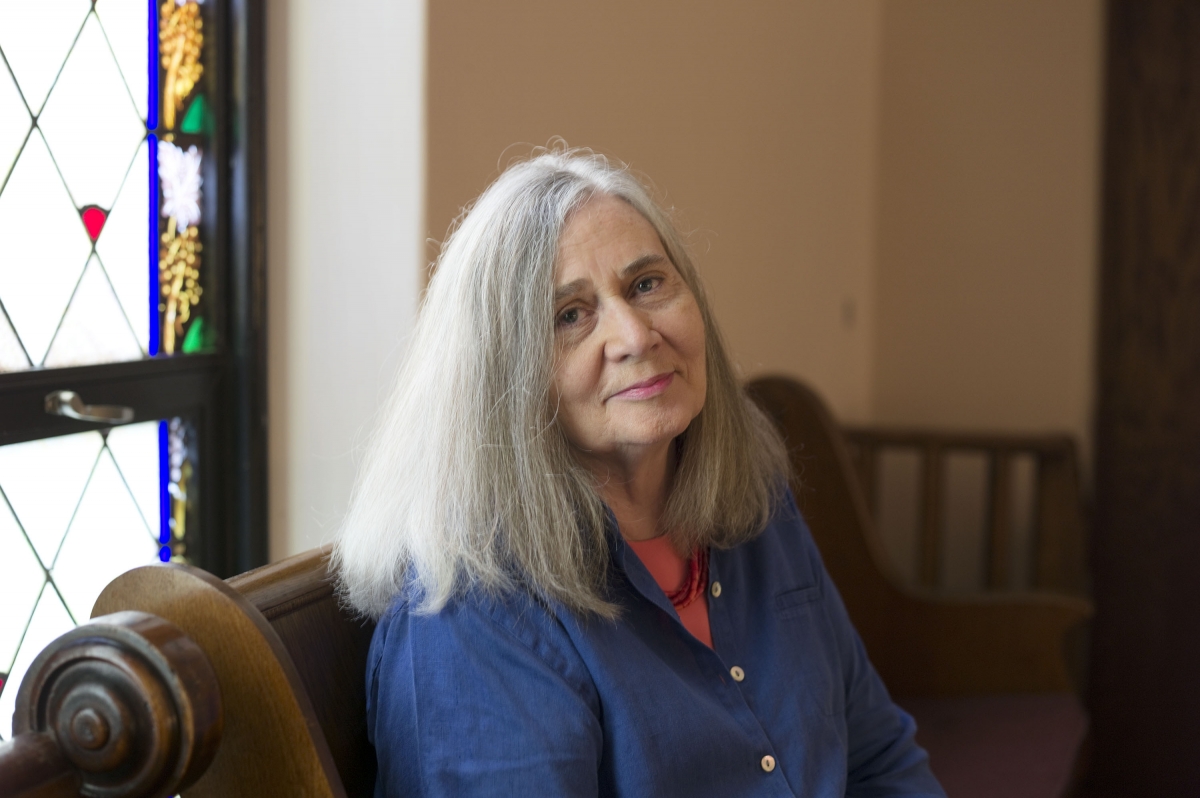 We want to congratulate you on all of your accolades including the Pulitzer Prize for Fiction, two National Book Critics Circle Awards for Fiction, the 2012 National Humanities Medal, awarded by President Barack Obama, and most recently the 2017 Chicago Tribune Literary Award.

Q: Your first novel Housekeeping won the PEN/Hemingway Award and was a finalist for the Pulitzer prize.  Did you expect that type of reception for your debut?

A:  Frankly, I had no thoughts about such things at all.  I thought I was writing an unpublishable book—too private, too uneventful, too interested in language and metaphor.  I didn’t think of Housekeeping as a debut, because at that time I wasn’t imagining a second novel.

Q:   How did growing up in Idaho shape you as a writer?

A:  I was very fortunate to have so much space and wilderness around me, so much to look at and think about.  That landscape is distinctive in a way that makes every other landscape striking by comparison.  Growing up there made the world interesting to me, made me alert to place as a potent part of life.

Q:  Is Fingerbone (from Housekeeping) an Idaho town, in your view?

A:  Idaho is as large as England.  It stretches from Canada to Utah.  So it has a variety of climates and topographies consistent with its size.  Its population reflects the history of settlement—Italian railroad workers, Basque shepherds, Scandinavian Mormons, and many others—as well as the people who were always there, the Native Americans.  So it would be hard to create an “Idaho town.”   It is true that towns in much of the state have a tentative quality, a frontier sense of being an outpost in a vast land.  There is a strange beauty in this, something suggestive of the human situation, that I wanted to evoke in Housekeeping.

Q:  Can you tell us about the creative process of forming Sylvie, Ruth, and Lucille, and their trajectory in Housekeeping?

A:  They just came to me.  I never have a process for forming anything or anyone.

Q:  Yaa Gyasi and Jennifer Haigh mention you in their PEN/Hemingway interviews. Did you know that your former students hold you in such an esteemed position?

A:  I’m happy to learn that they do, of course.  They are fine writers, so their praise is particularly pleasing to me.

Q:  How long have you been teaching at the Iowa Writers’ Workshop, and how are you enjoying your role as Professor Emeritus?

A:  I taught at Iowa for about 25 years.  I’d like to go back, to teach a seminar on Shakespeare, but I have made too many other commitments to be able to do this in the near future.

Q:  What will you miss most about being involved on a daily basis with the Iowa Writers’ Workshop?

A:  It’s a wonderful little institution.  I found the students bright and gifted and considerate—I can’t imagine a pleasanter working environment.  It is a remarkable privilege to watch people who will become America’s writers emerge and mature.

A:  I think it may have been at the PEN/Faulkner ceremony.  Housekeeping was nominated for that prize, too.  I may have been told in confidence.  It was a long time ago, and the world of prizes was as new to me as everything else, so I don't think I realized what a blessing this would be for the book.

Q:   Do you have a favorite Ernest Hemingway story or book?

A:  I love the story collection In Our Time.  The very particular impression it made on me when I read it in college stays in my mind to this day.

Q:  In your essay collection The Givenness of Things you discus technology and Calvinism, and several other cogent topics. What was the impetus to release this collection?

A:  The impetus was the usual one.  I sent some lectures I had given to Jonathan Galassi, and he wanted to publish them as a book, as he has done with others of  my lectures.  I’m interested by your word “cogent.”

Q:  Are you working on a novel, story collection, a work of nonfiction, or an essay collection at this moment? If so, can you tell us about it?

A:  I’m working on a novel as well as a series of lectures for Cambridge University.  I have an essay collection coming out this winter.

The late Mary Hemingway, a member of PEN, founded the award in 1976 both to honor the memory of her husband, Ernest Hemingway, and to recognize distinguished first books of fiction. Please consider supporting this award with a donation. www.hemingwysociety.org/donation.

In Memory of H. R "Stoney" Stoneback
The Ernest Hemingway Society is deeply saddened by the death of...
END_OF_DOCUMENT_TOKEN_TO_BE_REPLACED