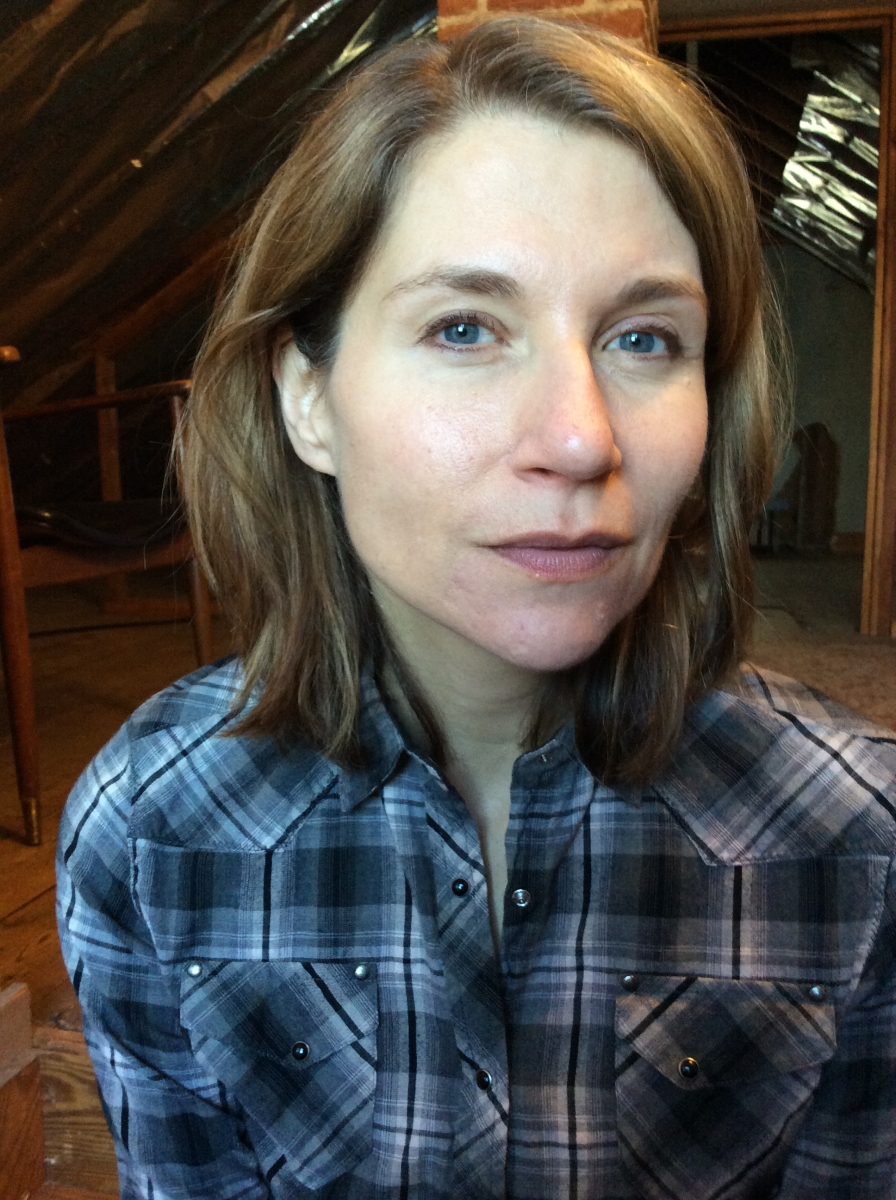 Q:  How did growing up in Western Pennsylvania play into your career as a writer? Did anything there inspire you to write?

A: Growing up in a small town teaches you to see the interconnectedness of people.  It is exceedingly good training for a novelist. My parents were school teachers, and between the two of them they’d taught nearly everybody in town, including multiple generations of certain families. Their knowledge of that community was both deep and wide.

My hometown, Barnesboro, was a mining town, and didn’t have a strong reading culture. Most of my friends were the children of miners, and very few of them grew up with books in the house. I was fortunate to have parents who were passionate readers.  I became a reader not because I was told to, but because I saw my parents absorbed in their own reading.

Q:  Is Ken Kimble, from your PEN/HEMINGWAY winner Mrs. Kimble, based on anyone you know?  And are his three wives based on real people?

A: No.  I made them all up.  Interestingly, though, several of the men in my life were convinced they were the inspiration for Ken Kimble – a cousin, an ex-boyfriend’s father and even my own father.

Ken Kimble’s three wives are likewise completely fictional. That said, there was one real-life moment important to that book. A few years before I began writing Mrs. Kimble, I was living in a pretty rough neighborhood in Tampa, Florida. Down the street was a corner store, and one day I encountered a young mother there. It was late morning; she was shopping with her two small children and was, literally, falling-down drunk. I was standing maybe ten feet away when she tripped over a carpet and fell flat on her face. It was a shocking moment, and it stayed with me for years. There is a scene in Mrs. Kimble in which Birdie does the same thing. It was the very first scene I wrote.

Q: Did you know at Dickinson College that you would become a novelist?; who, there, was influential in your decision to matriculate to the Iowa Writers’ Workshop?

A: I loved Dickinson. It was as good as college can be. I was involved in theater and wrote a few (not very good) plays, but I didn’t start writing fiction until my senior year, when I took a workshop with a writer named Robert Olmstead. In class he was rigorous and, to me, intimidating. He taught me the difference between a good sentence and a bad sentence, which is perhaps the most useful lesson a young writer can learn.

I had fantasies of applying to the Iowa Writers’ Workshop, but when I asked Professor Olmstead for a letter of recommendation, he said no. He felt that I wasn’t ready, that I needed to write more, read more, live more.  I was disappointed, but in retrospect I can see that he did me a great kindness.  It took me another ten years of writing, reading, and living before I was ready for Iowa.  After Mrs. Kimble was published, I sent him a copy and thanked him for his good advice.

A: It was a remarkable two years. I studied with marvelous writers -- Marilynne Robinson, Frank Conroy, James Alan McPherson, and Ethan Canin – but really, most of my learning came from my classmates. I was regularly humbled by the quality of the stories presented in workshop. And I loved living in an environment where everyone considered writing to be the most important thing.  It was like having a shared religion.

Q: In your new novel, Heat and Light, you return to Bakerton, Pennsylvania in a tale about the effects fracking has on a community.  Why did you go back to Bakerton for this story, and explain the premise, a bit, for our readers?

A: I first wrote about Bakerton in my second book, Baker Towers, published in 2005.  The novel looks at the rise and fall of a coal town very much like the one I grew up in. It was a story I had always wanted to tell, a story I was born to write. After it was published, I thought I was done with Bakerton, and my next two novels--The Condition and Faith--were both set in Boston, where I now live.  From time to time I found myself thinking about the characters I’d written about in Baker Towers, wondering how their lives turned out. I wrote a short story, “Desiderata,”  that revisits Joyce Novak in her old age, and later, a couple of stories about her brother Sandy, the Novak son who leaves Bakerton for parts unknown. Before long I had a dozen stories set in and around Bakerton, which were published in a collection called News From Heaven. Many of those stories looked at what the town became after the mines closed, and how people managed to go on with their lives after their livelihoods and identities had been taken away.

After the publication of News From Heaven I believed, once again, that I was done with Bakerton. It seemed that nothing else was ever going to happen to that town, that in a few years it would simply dry up and blow away. Then, in 2010, I became aware of the controversy around fracking, which began in the southwest and northeast corners of Pennsylvania and was spreading toward the center of the state. It was a compelling story, a surprise third act for a town that everyone, including me, had given up for dead. I simply had to write it.

As I was researching and writing Heat and Light, I was fascinated by political developments just across the border in New York State, where environmental activists had organized a powerful, highly effective campaign to outlaw fracking. It culminated in a state-wide moratorium that’s still in effect. Meanwhile, in Pennsylvania, the story unfolded very differently, and I found myself wondering why.  The conclusion I came to is that Pennsylvania has always been an energy state.  The first oil well in the world was drilled in western Pennsylvania. Then we had a hundred fifty years of coal mining – deep mines, then strip mines – and in 1979, the Three Mile Island nuclear disaster. I realized that the story I wanted to tell was much larger than fracking. It was the story of our relationship to energy, the extraordinary lengths we’ll go to get it. Pennsylvania has always been on the front lines of the quest for energy, reaping the benefits and, at times, paying a terrible price.

A: It was The Sun Also Rises, and it peeled back the sky for me. It was simply unlike anything I’d ever read.  I was in high school at the time, and most of my reading material came from the town library. The collection was small and made up mostly of donated books.  For whatever reason, it was weighted heavily toward 19th century literature, so by the time I graduated high school I had read all of Tolstoy, Dostoyevsky and Jane Austen, and a fair amount of Dickens. Stylistically, Hemingway was writing in an entirely different language. His effect on my own writing was immediate and lasting. From Hemingway I learned the power of the simple declarative sentence. It was an indispensable lesson.

Q: Do you remember where you were when you received the news that you won the PEN/HEMINGWAY Award?

A: I was at home in Hull, Massachusetts, a beach town just south of Boston, when I got the phone call from PEN New England. It was very exciting. I had actually attended the award ceremony the year before, when Gabriel Brownstein won, and I remember thinking that winning the Hemingway was the greatest thing that could possibly happen to a debut novelist.

Q: Are you involved in any charities or causes that you would like to discuss here?

A: I volunteer as a counselor at Planned Parenthood in Boston. It is, in many ways, the most important thing I do.

Q: How can readers stay in touch with you (readings, tours, workshops)?

In Memory of H. R "Stoney" Stoneback
The Ernest Hemingway Society is deeply saddened by the death of...
END_OF_DOCUMENT_TOKEN_TO_BE_REPLACED