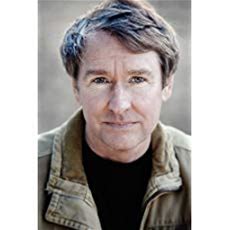 Q: You were born in Chapel Hill and raised in North Carolina’s tobacco country. What was that like?

A: The natural world was very much a part of daily life.  As a kid and adolescent, I spent pretty much all the time I could outdoors, like pretty much all the other kids I knew.  You didn’t hang around the house; you got out and roamed and explored and did sports.  Even though I was living in medium-sized towns (as such things go in eastern NC), the area was very rural.  You only had to ride your bike 15 minutes or so to be out in the country.  And I spent a lot of time on my grandparents’ tobacco farm—weeks at a time, during summers.

Q: I read that you earned your B.A. in English from the University of North Carolina and your JD from Duke University.  Was there anyone at those institutions who inspired you to become a writer?

A: I had great teachers at UNC, especially in the English Department.  I didn’t have a professor who was less than excellent, from my freshman English comp teacher right on up through Louis Rubin, who directed my senior thesis.  I took two fiction writing courses, and both of my teachers for those, Doris Betts and Marianne Gingher, were profoundly helpful and encouraging.  On the academic side, I owe a special debt to Dr. Rubin, as well as to Forrest Read, Alan Life, Thomas Stumpf, and Father James Devereux.  I took quite a few lit courses in the French Department, and again, the instruction there was excellent.  Much to my regret, I didn’t get going in Latin until rather late in my undergrad career, but did manage to get far enough to take the Catullus course.  I would have happily spent another three or four years at Chapel Hill.

As for law school at Duke, well, most of my professors were quite fine, but I was an ambivalent student.They inspired me to write in the sense that I didn’t enjoy the law enough to want to do it for the rest of my life.

Q: Do you root for Duke or UNC during basketball season?

A: UNC, usually, but if Carolina is being especially evasive in its response to fake grades and cheating scandals, I’ll go for Duke.

Q: When did you switch from a practicing attorney to a full-time author? Was it a difficult decision?

A: At the age of thirty, after practicing law for five long years.  I’d had enough of that, and realized I’d probably never had any peace in myself if I didn’t make a deadly serious attempt to devote myself to writing fiction.  So I had good reasons to make the switch, but it was still the hardest decision I’ve ever made.

Q: Your PEN/Hemingway Award-winning Brief Encounters with Che Guevara features stories about workers in Sierra Leone and the people of Haiti and Burma. What was the impetus for you to write about these the people of these countries?

A: Hard to say, except my brain and my heart led me in that direction.  Americans abroad, Americans in over their heads, trying to engage with a reality other than the “American” reality; it was a powerful impulse in me to write about these things, I guess, but where that impulse came from, who knows.

Q: What was it like working with Ang Lee on the movie version of your novel Billy Lynn’s Long Halftime Walk?

A: Ang is a true gentleman and an artist of the highest integrity.  I like him tremendously, and admire him as much as I like him.  Soft-spoken and polite, but there’s steel in that man—has to be, otherwise he wouldn’t have accomplished what he has amid the philistines of the film world.  We spent some time hanging out, talking about the book, and about Billy especially, but I can’t claim that I really “worked” with him.  That wasn’t my role.  I was happily available to talk through things whenever he felt the need, but he had his own vision for the story, and I respected that.   We had good conversations.  I enjoyed watching him work.  It was a pleasure and a privilege to spend time with him, and I feel very lucky for the experience.

Q: Do you have a favorite Ernest Hemingway book or story?

A: Book would be the collected short stories, Finca Vigia edition, and The Sun Also Rises.  Favorite story is “Big Two-Hearted River,” which I first read when I was fifteen.  That story rocked my world.  Nothing really happens in that story, and yet somehow everything happens.  I knew I’d been hit with something powerful and real, I just didn’t know what it was. So I kept reading.

Q: Do you remember where you were when you learned that you won the PEN/Hemingway Award?

A: Well, it was at the awards banquet for the Barnes & Noble Discover Award, New York City, early in 2007.  I’d won that award, and afterwards my brilliant editor Lee Boudreaux pulled me aside and said, Well, we just got word you won the PEN/Hemingway Award too.  So that was a pretty good day.

A: I’m well into a novel set in Haiti; got 200 pages I’m pretty happy with, and another pile of pages that comprise the usual painful flailings of trying to figure out what the story is.  Got some short stories I’m massaging along in my spare time.  And I’m writing about politics for the New York Review of Books, an extension of my adventures writing about the 2016 presidential campaign for the Guardian.  And so, as Pogo Possum famously said: Onward, into the fog.