The Freeing of The Sun Also Rises 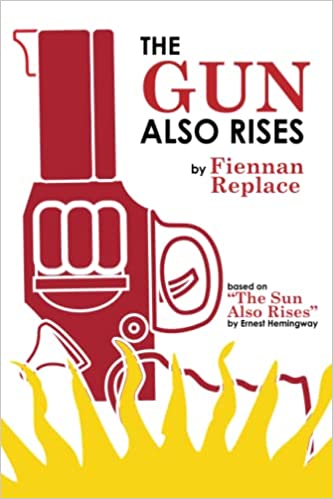 Image of The Gun Also Rises by Fiennan Replace, taken from Amazon.com

The Sun Also Rises does not mark its centenary until 2026, but it has recently passed a more significant milestone. On New Year's Day of this year, it (along with the satire The Torrents of Spring) passed into the public domain. No longer will Hemingway's first novel be under the sole control of his estate and its designated publisher Scribners, now an imprint of Simon & Schuster. A quick examination of Amazon.com shows that ten new book editions have been issued by various publishers since January 1, with three more listed as coming shortly. (One of these is a reprint of the novel from my Library of America volume Ernest Hemingway: The Sun Also Rises & Other Writings, 1918-1926, published in 2020.) No doubt the full text of the novel is or will also become more readily available on-line from sites such as Project Gutenberg, Internet Archive and Hathi Trust, or from enterprising and programing-literate enthusiasts.

This freeing of The Sun Also Rises has many potential pitfalls and possible windfalls for readers, teachers and scholars of the novel.  A quick examination of the on-line versions available show that most have used the 1955 printing (the one that restored Mike Campbell's "'Tell him the bulls have no balls'"). But the process of scanning the physical book and using a standard optical character recognition program likely introduced new errors into the text. Many of these new editions seem to have been produced rapidly with little attention to proofreading or design. In addition, anyone who wishes may now adapt the novel to suit their wants or desires. My favorite so far is The Gun Also Rises by Fiennan Replace (no publisher listed) in which words related to firearms and shooting replace those of Hemingway's novel: "Revolver Guhn was once middleweight shooting champion of Princeton"; I suspect this was done with a not-so-subtle computer program.

Despite the problems that will arise with these new versions, I ultimately think Hemingway's arrival into the public domain is a good thing. More and cheaper versions of the novel will allow more people—many of whom have never encountered Hemingway's works—to read them. Enterprising individuals will be able to edit the work as they see fit, as I did with the Library of America based primarily on the typescript setting copy held in the University of Virginia. I can readily imagine someone issuing a version that accurately reproduces the 1926 first printing or a transcription of the holograph manuscript held at the Kennedy, much as James L. W. West III did when the Cambridge Edition of the Works of F. Scott Fitzgerald issued Trimalchio: An Early Version of 'The Great Gatsby' (based on the unrevised galley proofs of the novel).

This is, forgive the phrase, the tip of the iceberg. In 2023, the stories in Men Without Women will be free for all. A Farewell to Arms will enter the public domain in 2025. By 2036, all the works Hemingway published by 1940 will not be controlled by the Hemingway family. Already we can see the difference this has made. The forthcoming tenth edition of the Norton Anthology of American Literature will include four Hemingway short stories ("Indian Camp," "Soldier's Home," "Big Two-Hearted River" and "Hills Like White Elephants"). And although we may blanch at the gaudy and wildly inappropriate AI-generated covers and the inelegant layouts, the loosening of control of Hemingway's works may spark renewed interest in them and attract new readers and ultimately new scholars.