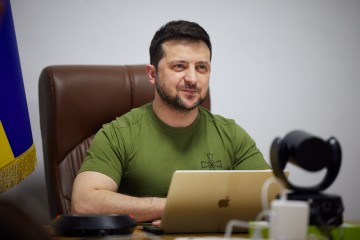 On February 27, 2022, Ukrainian President Volodymyr Zelensky invited the world to join his nation’s newly formed International Legion of Territorial Defense of Ukraine.  His exact words: “Anyone who wants to join the defense of Ukraine, Europe and the world can come and fight side by side with the Ukrainians against the Russian War Criminals.”

The world reacted. Within two weeks, volunteers from more than 50 countries committed to the cause, including, of course, North Americans.

As a teacher for subjects including literature, writing, critical theory, and philosophy, I’ve noticed my students reacting, too.

They are amazed citizens from all over the world would, or even could, join together by personal choice.  Many assumed such unification was a first—an honest assumption given what the world has looked like in their lifetimes.  Those familiar with Hemingway’s canon of the 1930s, however, know otherwise.

His thirty 800-word dispatches for North American Newspaper Alliance (NANA), 1937-38, on Spain’s Civil War show the context of the war in Hemingway’s voice as vulnerable observer. So do his sequence of five short stories set amid Spain’s Civil War:  "The Denunciation," "The Butterfly and the Tank," "Night Before Battle," "Under the Ridge," and "Nobody Ever Dies." The first four can be read in conjunction with his Spanish Civil War play, The Fifth Column, in the posthumous 1969 The Fifth Column and Four Stories of the Spanish Civil War. 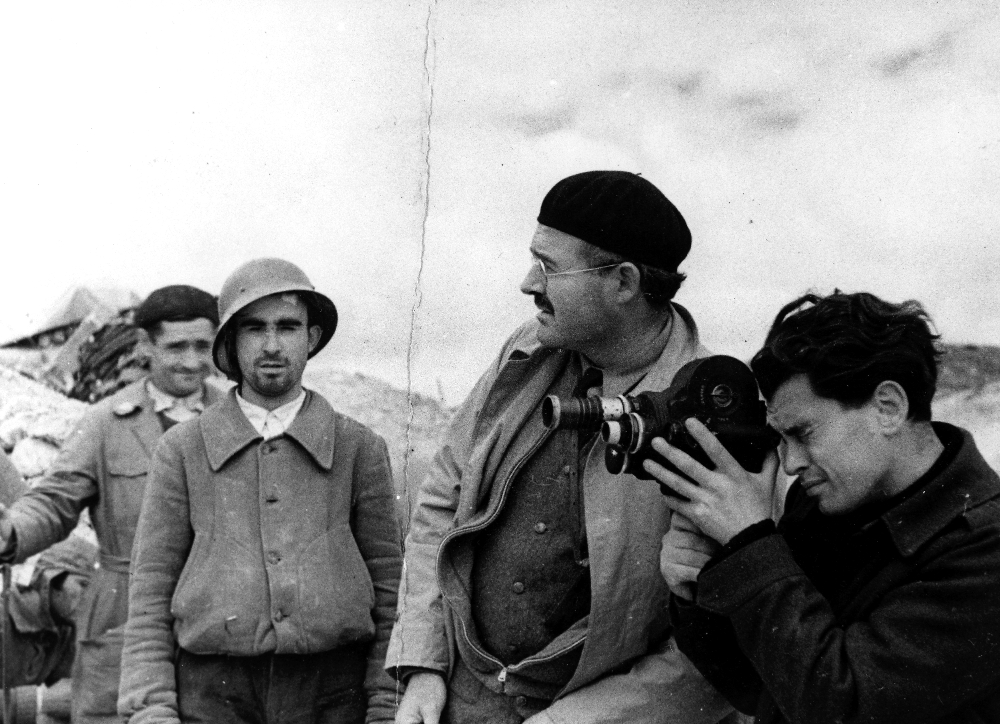 These diverse writings address the human experience of a Civil War supported by an International Brigade, 1936-38, of soldiers from more than 50 countries, including the famed American Abraham Lincoln Brigade. Back then, those soldiers answered a similar call as today’s volunteer’s joining Zelensky’s call—fighting for an ideal via an independent army.  But here’s the rub: while today’s volunteers are combatting what Zelensky calls “Russian war criminals,” the 1930s fighters were rallied under the Communist cause with heavy presence from Russia and Russian volunteers.

How did such an inversion happen in less than one hundred years? Exploring Hemingway’s canon of the time period sets an authentic foundation for the conversation.

While a democratically elected President formed the 2022 International Legion, The Communist International started the 30s’ version to fight Fascism. In Hemingway’s 1939 “Under the Ridge,” the Communist influence is clear.   Consistently, the narrator, an American, is called Comrade, a general form of address in those communist times.  Additionally, the characters consistently assume the narrator is Russian.

Diversity of forces is also easy to track.  There are Russians, French, Polish, and Americans engaging with Spanish characters.  And the Spanish characters reflect the longer history of their region, most notably the character from Extremadura.  He hates all foreigners and explains that his home town has been “sacked” by many over time, including the French, the English, and the Moors. He continues that he even hates North Americans because “My father was killed by the North Americans in Cuba while he was there as a conscript.” This character advises the narrator to learn history.

These Hemingway texts invite us to do the same with our own students, applying postcolonial lenses to ideas on how or why a father ended up as a conscript in Cuba, or even more topical examinations of Cold War history that these Hemingway stories predate.

Reading Hemingway’s dispatches and short stories set before the Cold War and before the Iron Curtain fell in the 1980s can help complicate the idea of Russia’s relationship with the West and Putin’s alleged desire to pull the Iron Curtain back into place.

These Hemingway texts allow us to see a Western World before World War II and the formation of NATO—before the rapid-fire terminology of war and peace that is swirling over social media and society today.

Stone Meredith, PhD, teaches college-level literature, writing, and philosophy classes online and works primarily with military students and their affiliates. Her work with Hemingway focuses on connections to Florida and his journalism of the 1930s. She is the founder of Clever Chicas, a non-profit project celebrating ordinary women doing extraordinary things.